Pssst! Don’t tell the creationists, but scientists don’t have a clue how life began by Josh Horgan, Scientific American, February 28, 2011

Exactly 20 years ago, I wrote an article for Scientific American that, in draft form, had the headline above. My editor nixed it, so we went with something less dramatic: “In the Beginning…: Scientists are having a hard time agreeing on when, where and—most important—how life first emerged on the earth.” That editor is gone now, so I get to use my old headline, which is even more apt today.

Dennis Overbye just wrote a status report for The New York Times on research into life’s origin, based on a conference on the topic at Arizona State University. Geologists, chemists, astronomers and biologists are as stumped as ever by the riddle of life.

After its formation 4.5 billion years ago, Earth was bombarded for millions of years by huge meteorites, which would have wiped out any fledgling organisms. Researchers have found evidence of microbial life dating back 3.5 billion years ago, suggesting that life emerged fairly quickly—”like Athena springing from the head of Zeus,” as one scientist quoted by Overbye put it. But how exactly did chemistry first make the transition to biology?

As recently as the middle of the 20th century, many scientists thought that the first organisms were made of self-replicating proteins. After Francis Crick and James Watson showed that DNA is the basis for genetic transmission in the 1950s, many researchers began to favor nucleic acids over proteins as the ur-molecules. But there was a major hitch in this scenario. DNA can make neither proteins nor copies of itself without the help of catalytic proteins called enzymes. This fact turned the origin of life into a classic chicken-or-egg puzzle: Which came first, proteins or DNA?

RNA, DNA’s helpmate, remains the most popular answer to this conundrum, just as it was when I wrote “In the Beginning…” Certain forms of RNA can act as their own enzymes, snipping themselves in two and splicing themselves back together again. If RNA could act as an enzyme, then it might be able to replicate itself without help from proteins. RNA could serve as gene and catalyst, egg and chicken.

But the “RNA-world” hypothesis remains problematic. RNA and its components are difficult to synthesize under the best of circumstances, in a laboratory, let alone under plausible prebiotic conditions. Once RNA is synthesized, it can make new copies of itself only with a great deal of chemical coaxing from the scientist. Overbye notes that “even if RNA did appear naturally, the odds that it would happen in the right sequence to drive Darwinian evolution seem small.”

The RNA world is so dissatisfying that some frustrated scientists are resorting to much more far out—literally—speculation. The most startling revelation in Overbye’s article is that scientists have resuscitated a proposal once floated by Crick. Dissatisfied with conventional theories of life’s beginning, Crick conjectured that aliens came to Earth in a spaceship and planted the seeds of life here billions of years ago. This notion is called directed panspermia. In less dramatic versions of panspermia, microbes arrived on our planet via asteroids, comets or meteorites, or drifted down like confetti.

One enormous change in the past two decades in the quest to understand our origins—which Overbye also reported on recently—is that astronomers have identified more than 1,000 possible planets orbiting other stars. Some seem to be in the “Goldilocks” zone, neither too far nor too close to their respective stars for life as we know it to prosper. Perhaps we are descended from life that emerged on one of those planets.

Of course, panspermia theories merely push the problem of life’s origin into outer space. If life didn’t begin here, how did it begin out there? Creationists are no doubt thrilled that origin-of-life research has reached such an impasse (see for example the screed “Darwinism Refuted,” which cites my 1991 article), but they shouldn’t be. Their explanations suffer from the same flaw: What created the divine Creator? And at least scientists are making an honest effort to solve life’s mystery instead of blaming it all on God.

and some scientists answers for How did life begin?

How? I have no idea. Based on all the chemistry I know it seems astonishingly improbable.

Although a biologist, I must confess that I do not know how life came about…How such already quite complex structures may have come together remains a mystery to me.

The simplest bacterium is so damn complicated from the point of view of a chemist that it is almost impossible to imagine how it happened.

(A) Nobody knows how it happened (Climbing Mt. Improbable). (B) “I told you I don’t know…nor does anyone else” (From the film Expelled: No Intelligence Allowed).

and finally, something funny:
Pinch your nose! EVOLUTIONISMISTS AT WORK! (Satirizing Scientism) 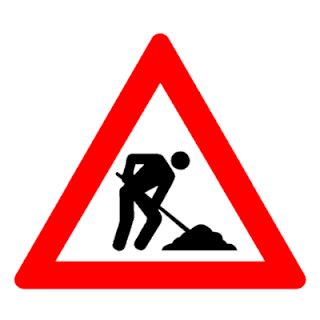